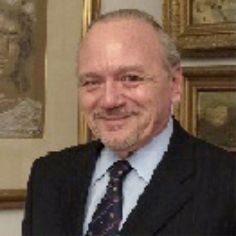 BACK TO OUR TEAM

Attorney at Law – Of Counsel

Constantine is a Senior Advisor at Christopoulos & Associates. With an education in law & business and hands-on  management knowledge he accumulates over 40 years of experience in law and business consulting with individual, corporate and government clients.

His fields of experience cover negotiations and contracts in public procurements, telecoms & defence, oil & gas, construction, real estate, distribution networks, privatizations, venture capital and retailing. He has also acted as Project Manager for public procurement tenders and EU studies and is a Chartered Institute of Arbitrators and Hellenic Ministry of Justice Mediator.

He has served on the Board of Directors of listed and non-listed greek and international companies in the fields of construction, telecommunications, venture capital, chemical engineering, press distribution and retailing.

He studied at the Law School of the University of Athens, with post-graduate studies at the Universite de Paris I – Pantheon-Sorbonne on International Economic Relations, Law of Contract, Company Law, Law of International Trade and received specialized education and training on venture capital at the European Venture Capital Association Institute, on industrial cooperation & subcontracting at the EU-Japan Center for Industrial Co-operation and at the Chartered Institute of Arbitrators (CIArb) and the Centre for Effective Dispute Resolution (CEDR) as a Mediator and Mediator Trainer. He continued his education over the years in negotiations, finance, real estate, retailing, telecoms, marketing, management et. al.

This site uses cookies. By continuing to browse the site, you are agreeing to our use of cookies.

We may request cookies to be set on your device. We use cookies to let us know when you visit our websites, how you interact with us, to enrich your user experience, and to customize your relationship with our website.

Click on the different category headings to find out more. You can also change some of your preferences. Note that blocking some types of cookies may impact your experience on our websites and the services we are able to offer.

These cookies are strictly necessary to provide you with services available through our website and to use some of its features.

Because these cookies are strictly necessary to deliver the website, refusing them will have impact how our site functions. You always can block or delete cookies by changing your browser settings and force blocking all cookies on this website. But this will always prompt you to accept/refuse cookies when revisiting our site.

We fully respect if you want to refuse cookies but to avoid asking you again and again kindly allow us to store a cookie for that. You are free to opt out any time or opt in for other cookies to get a better experience. If you refuse cookies we will remove all set cookies in our domain.

We provide you with a list of stored cookies on your computer in our domain so you can check what we stored. Due to security reasons we are not able to show or modify cookies from other domains. You can check these in your browser security settings.

We also use different external services like Google Webfonts, Google Maps, and external Video providers. Since these providers may collect personal data like your IP address we allow you to block them here. Please be aware that this might heavily reduce the functionality and appearance of our site. Changes will take effect once you reload the page.